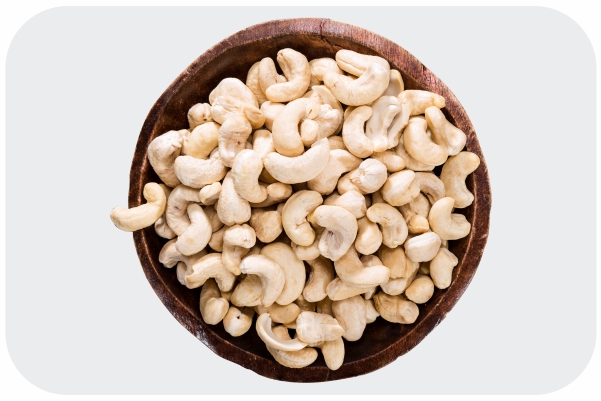 Our cashew nuts are certified organic with great nutritional value, being rich in dietary fibers, various vitamins and various phyto-nutrients which boost health. The mono unsaturated fatty acids in cashew nuts are great for the body as they helps to lower bad cholesterol and increases good cholesterol in the blood stream.

The cashew seed, often simply called a cashew, is widely consumed. It is eaten on its own, used in recipes, or processed into cashew cheese or cashew butter. Cashews are commonly used in Indian cuisine and Pakistani cuisine, whole for garnishing sweets or curries, or ground into a paste that forms a base of sauces for curries, or some sweets. It is also used in powdered form in the preparation of several Indian sweets and desserts.

Packaging: 11.34 Kg X 2 vacuum pack per Carton or as per requirement
Storage: Must be stored in cool and dry area on pallets.

Are you looking to import Organic Cashew from India?

We can supply Certified and Authentic Organic Cashew as per Organic standards of best quality & at competitive prices. 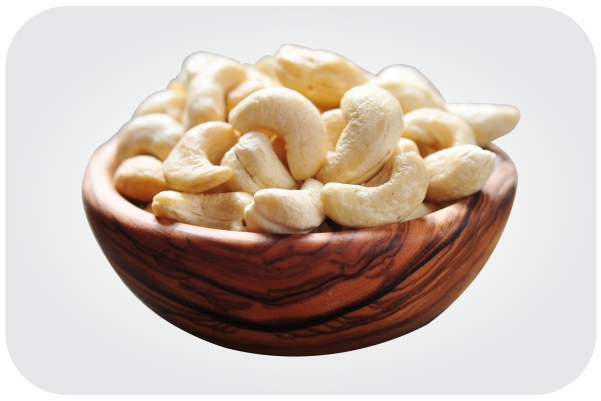 We package our own labels as well as private-label. Product standards and customer specifications available on request.

Order by phone +91(130) 3541500 or email us at info@naturebiofoods.organic. If you have any questions or would like to discuss your requirements, please do not hesitate to contact us. Download the complete product catalogue.